The SEV Center of Excellence in Creative Leadership 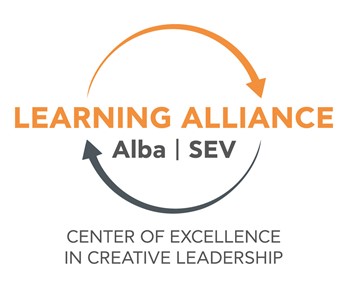 The SEV Center of Excellence holds a series of stimulating discussions and events with distinguished researchers and scholars in order to disseminate management-relevant knowledge about creativity and leadership.

Join us in-person for a discussion and networking on “Agile Transformation: End-to-End Work Redesign for Agility / The Case of Interamerican” with Drossia Kardasi, Head of Human Resources, Interamerican, and Professor Evangelia Demerouti, Eindhoven University of Technology. The discussion with the audience will be moderated by the Center’s Director, Associate Professor Dr. Nikos Mylonopoulos

The third “Lead Creatively: Discussion Series” event of the SEV Center of Excellence in Creative Leadership will take place at the Event Hall of The American College of Greece on Thursday, May 19, from 16:00 to 18:00 and will also be livestreamed.

ABOUT THE SEV CENTER OF EXCELLENCE IN CREATIVE LEADERSHIP

The SEV Center of Excellence in Creative Leadership (SEV CECL) was established in July 2018 at Alba Graduate Business School thanks to the founding donation of SEV (The Hellenic Federation of Enterprises). Through its world-class research and stimulating dissemination, the SEV CECL aspires to be a force of excellence that will spread the values and practices of creative leadership in the Greek society and the rest of the world.

Its mission is to advance the generation and dissemination of cutting-edge knowledge about creative forms of leading in the third and fourth decades of the 21st century.

The SEV Center of Excellence holds an annual series of stimulating discussions with distinguished researchers and scholars in order to disseminate to students, executives, and the larger society cutting-edge and management-relevant knowledge about creativity and leadership.

WHY A CENTER OF EXCELLENCE

Establishing at Alba a Centre of Excellence about the interplay between creativity and leadership stemmed from three main factors:

The growth and prosperity of business organizations and the larger society in Greece in the next two decades require the masterful transformation of mindsets, practices, and structures towards more creative and flexible ways of thinking, learning, working, and collaborating. Creative forms of leadership can play an immensely positive role towards this direction.

The interactive effects of globalization, the network economy, and artificial intelligence will continue to make older, low-creativity forms of executive jobs obsolete. In the next two decades, the intersection of creativity and leadership is likely to define the core work and the core professional identity of our students and alumni.

Since 1992, when it was founded through the joint initiative of SEV and the Hellenic Management Association, Alba’s mission has been “to educate visionary leaders of tomorrow who will act as agents of change and help shape the future business world by pushing forward the frontiers of knowledge related to the management of business organizations, while making that knowledge relevant to practitioners. Generating and disseminating knowledge represent our twin objectives.”
A quarter-of-a-century later, we can best serve our ever-inspirational mission by focusing a substantial part of our research, teaching, and executive development on the interplay between creativity and leadership and its transformative impact on the work and the world of the future.

Since 2009 and during an extremely adverse decade for the education, the economy, and the society in Greece, Alba adapted boldly and proactively by creating springboards of research and teaching excellence in the areas of creativity and leadership.

This effort has resulted in a rich stream of research activities, academic courses, and executive development programs that today permeate the identity and operations of the School. Our work in this area has received international recognition of the highest caliber.

What is a Center of Excellence?

The SEV Center of Excellence supports the efforts of resident Alba faculty and visiting fellows in performing world-class basic research in the areas of creativity and leadership. Our basic research output comprises books, journal articles, and conference presentations.

The SEV Center of Excellence supports the efforts of resident Alba faculty and visiting fellows in conducting high-quality applied research about the manifestations of creative leadership in organizations operating in Greece.

In 2019-2020 the Center’s applied research focused on the theme of Best Practices of Creative Leadership in Greek Organizations.

The final research report can be accessed here .

In 2020-2021 the Center’s applied research examined the theme of Creative Tradition as a Source of Competitiveness and Innovation.


Dr. Mainemelis on the applied research of the SEV Center of Excellence

The purpose of the Center’s Annual Symposium is to spread novel, solid, and practice-relevant insights, trends, and practices about creative leadership.

The concept of the Annual Symposium combines three main elements: A fresh, cutting-edge idea on creative leadership, published in a premier international management research outlet no older than 5 years; Greek exemplars from carefully selected organizations who embody this idea; a stimulating dissemination of insights about the idea and its practical applications – and implications – around the globe and, most importantly, Greece.

The 2021 theme: Transforming Tradition into Competitiveness and Innovation

The Lead Creatively: Discussion Series is designed to stimulate discussions with distinguished researchers and scholars in order to disseminate to students, executives, and the larger society cutting-edge and management-relevant knowledge about creativity and leadership.

For the period 2018 - 2021, The Lead Creatively: Discussion Series were hosted by the Center’s Director, Professor Mainemelis.

Below you may explore all past events , organized by theme.

The governance of the SEV Center of Excellence in Creative Leadership consists of a tripartite steering committee comprised by a representative member of SEV, the Dean of Alba Graduate Business School, and the Director of the Center.

The members of the steering committee are:

Past members of the steering committee were: 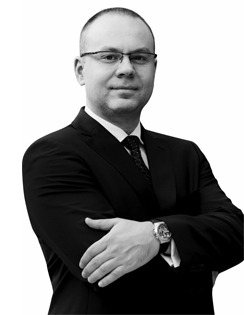 Dr. Nikos Mylonopoulos is an Associate Professor of Digital Business at Alba Graduate Business School, The American College of Greece and Director of the SEV Center of Excellence in Creative Leadership. He has teaching and research interests in the areas of digital business, digital transformation, enterprise systems, social media and mobile services. He has taught at Warwick Business School, Sheffield University Management School, Loughborough University Business School, Birkbeck College (University of London), Kedge Business School, and the Athens University of Economics and Business. He delivers Executive Education seminars to senior leaders of global companies in banking, pharma, industrials, IT, and others. Much of his teaching makes use of computer-based business simulations (by Harvard Business Schools, INSEAD/CALT and HEC Montreal). His research has been published in international refereed journals and conferences, including Management Science, International Journal of Electronic Commerce, Computers and Human Behavior, Communications of the ACM, among others. He has led and participated in numerous international research consortia with funding from the European Commission. He is a member of the Association of Information Systems. As a Board Member of HEPIS (Hellenic Society of Informatics Professionals) he was the lead author of the reference study on employability and digital skills in Greece. 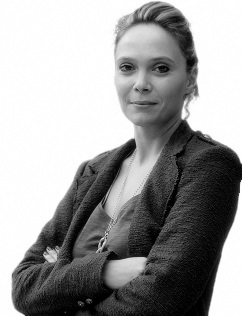 STAY CONNECTED WITH THE SEV CENTER OF EXCELLENCE

Do you have any specific questions about the SEV Center of Excellence in Creative Leadership? Do you want to receive invitations and news?

Please feel free to send us a message.