Alba hosts a number of international students every Academic year. 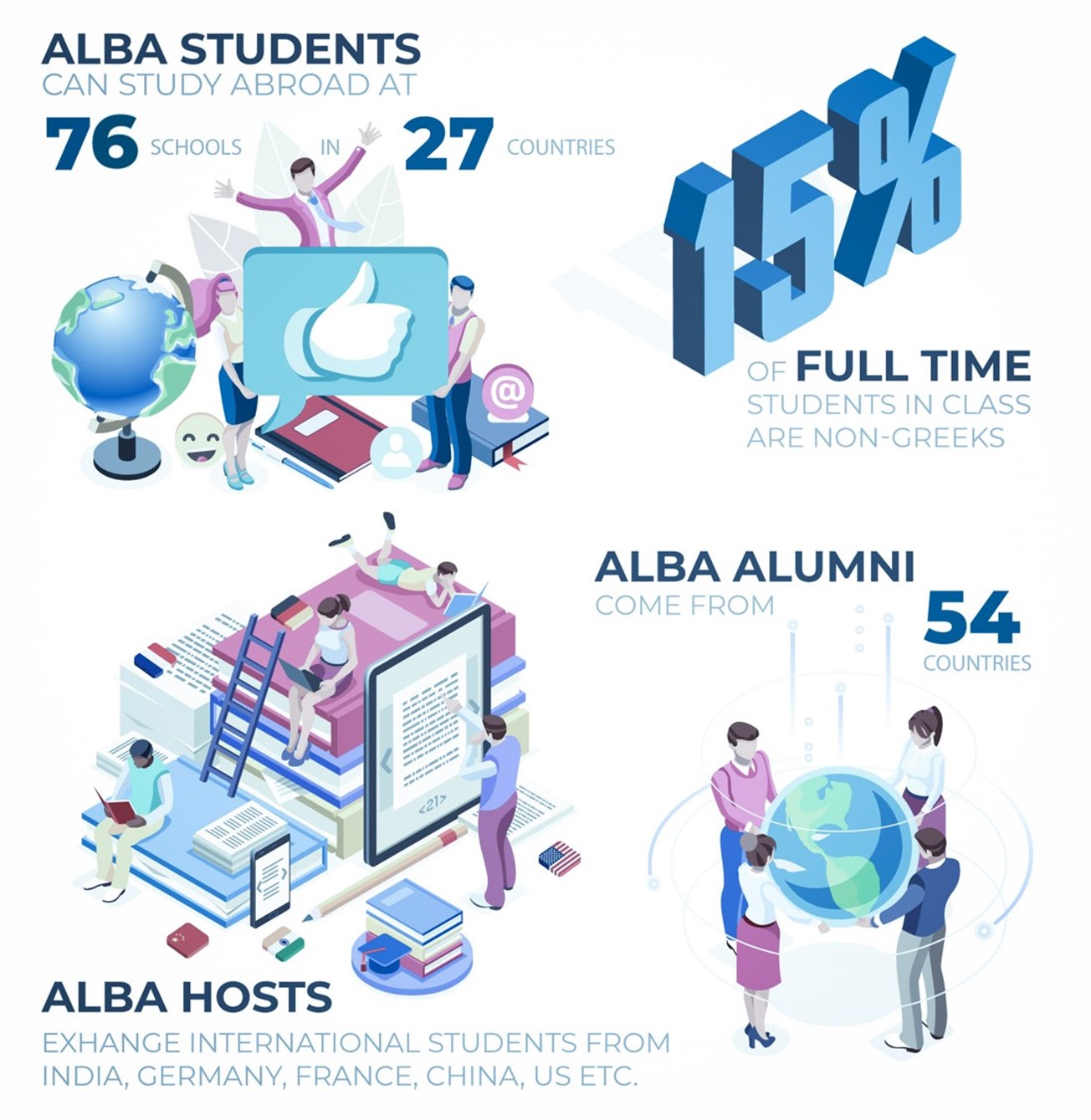 At Alba Graduate Business School we aim to attract the best international candidates, regardless of their ability to finance their education.

We can pre-approve your scholarship before you apply for enrollment to an Alba program.

Moreover, we offer a number of scholarships to international candidates who have demonstrated a strong academic performance and/or an excellent professional track record.  Some of them, run with collaboration with distinguished organizations and are addressed to candidates from specific geographical regions, or for specific MBA or MSc programs: 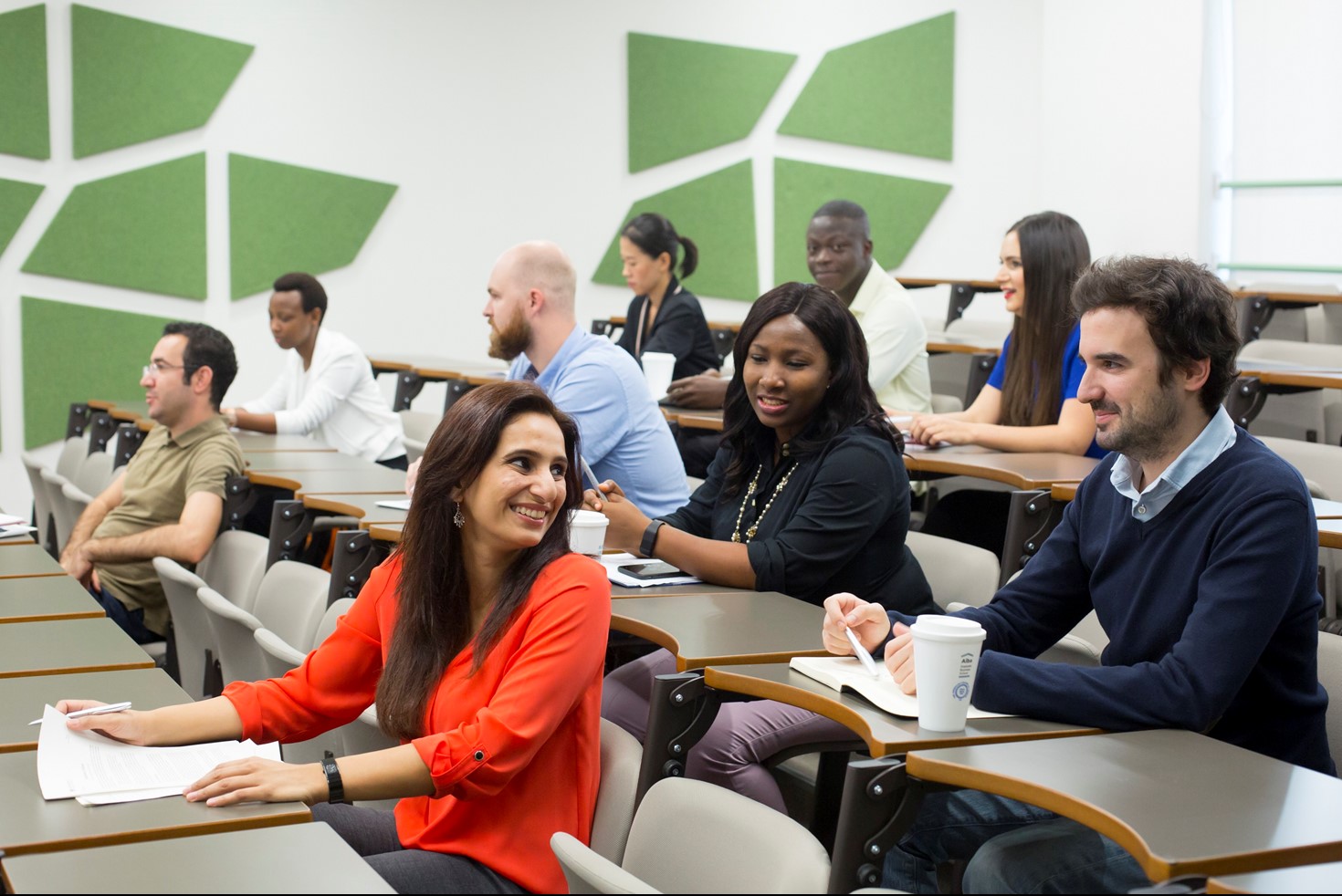 Every July Alba organizes two summer schools, one on Learning Agility and one on Shipping Management.

International students from partner Universities or free movers are welcome to participate.

For more details please check the summer schools brochures below.

Learnign Agility in the Era of Disruption - Summer School 2021* 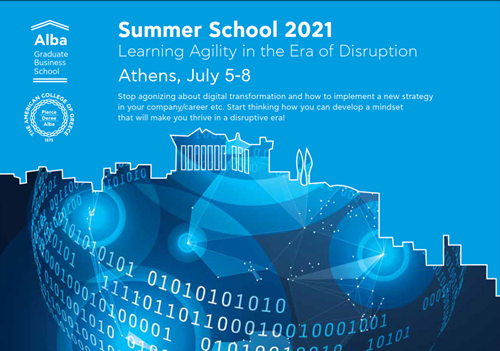 *In 2021 Alba will organize only the Learning Agility Summer School. 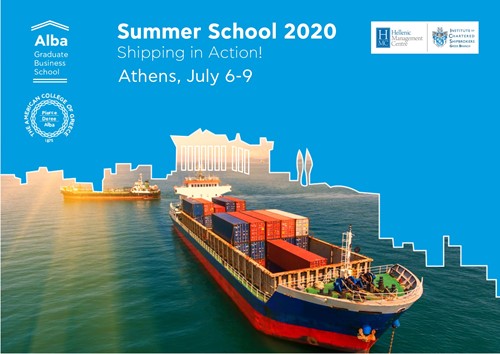 Except for the exchange program opportunities at Alba provided to partner Universities, international graduate students from all over the world have the opportunity to complete 2 – 8 courses during 4 months (2 Alba periods) and transfer the credits to their home institution. Study Abroad program is offered to graduate students of relevant MSc and MBA Programs from other International Universities who would like to spend 4 months abroad collecting ECTS. Study Abroad students may choose courses from different programs.

Alba offers a rich learning experience in a safe and friendly city with great ambience and enormous history. Athens is also a destination that offers many opportunities for short excursions in Greece and other European cities. 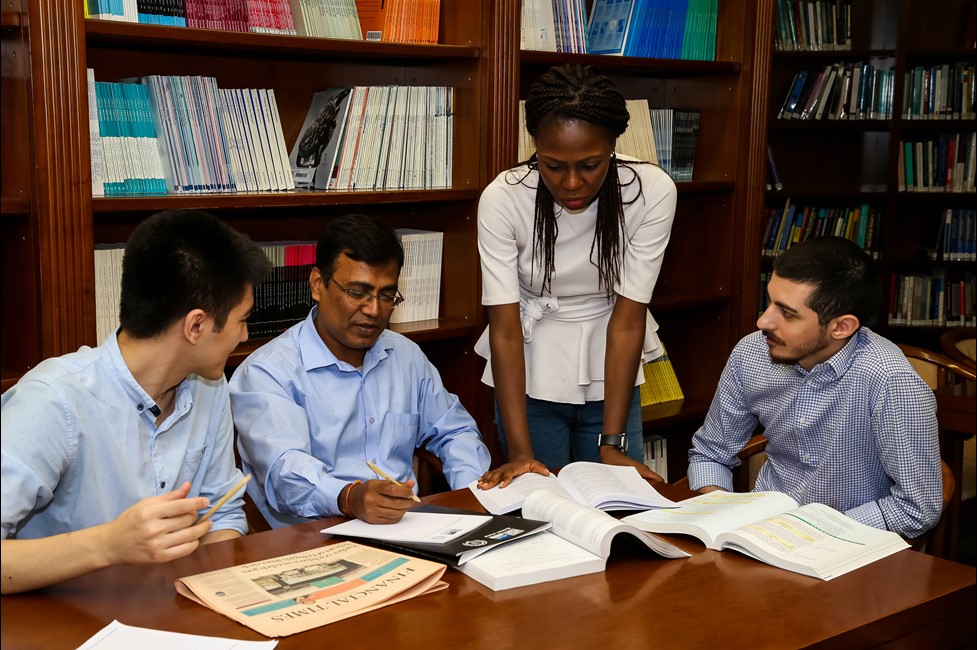 Choosing Greece as your studies’ destination mean you are ready to step in the very birthplace of academia (or, in Ancient Greek, Akadēmía). Greece is Mediterranean country, widely recognized as the intellectual wellspring to which modern Western culture owes many of its linguistic, philosophical, cultural, legal, social and ethical beliefs and systems. There is no better place in the world to explore the transition that shaped modern history and concepts like individualism, freedom, democracy and government.

Greece is unique for a variety of different reasons, whether you are talking about the unequaled amount of history, the Greek language, the way of living or the local food! A warm, safe and welcoming country with an outward-looking mentality and a high level of English spoken, particularly in the cities, it’s an attractive destination for those seeking a sunny and inspiring place in which to study.

Athens is the capital, largest city of Greece and one of the world's oldest cities, with its recorded history. Thus is the perfect example of the coming together of the Ancient world and today’s modern society. You cannot walk the streets of Athens without continually being reminded of the incredible history that has taken place on those exact streets.

The Greek capital buzzes away as one of the busiest cities in Europe Its wider metropolitan area is home to some 3.75 million people and it dominates the Attica region. Athens, after the 2004 Olympic Games holding, has been transformed into an easy- to-live –in city with a modern infrastructure network. In recent years is has also enjoyed a new wave of stylish shops, restaurants and hotels. All of this create an exciting and eclectic student experience, from historic sites to modern bars, and vibrant nightlife to leisurely coffees.

Useful Links about Greece and Athens 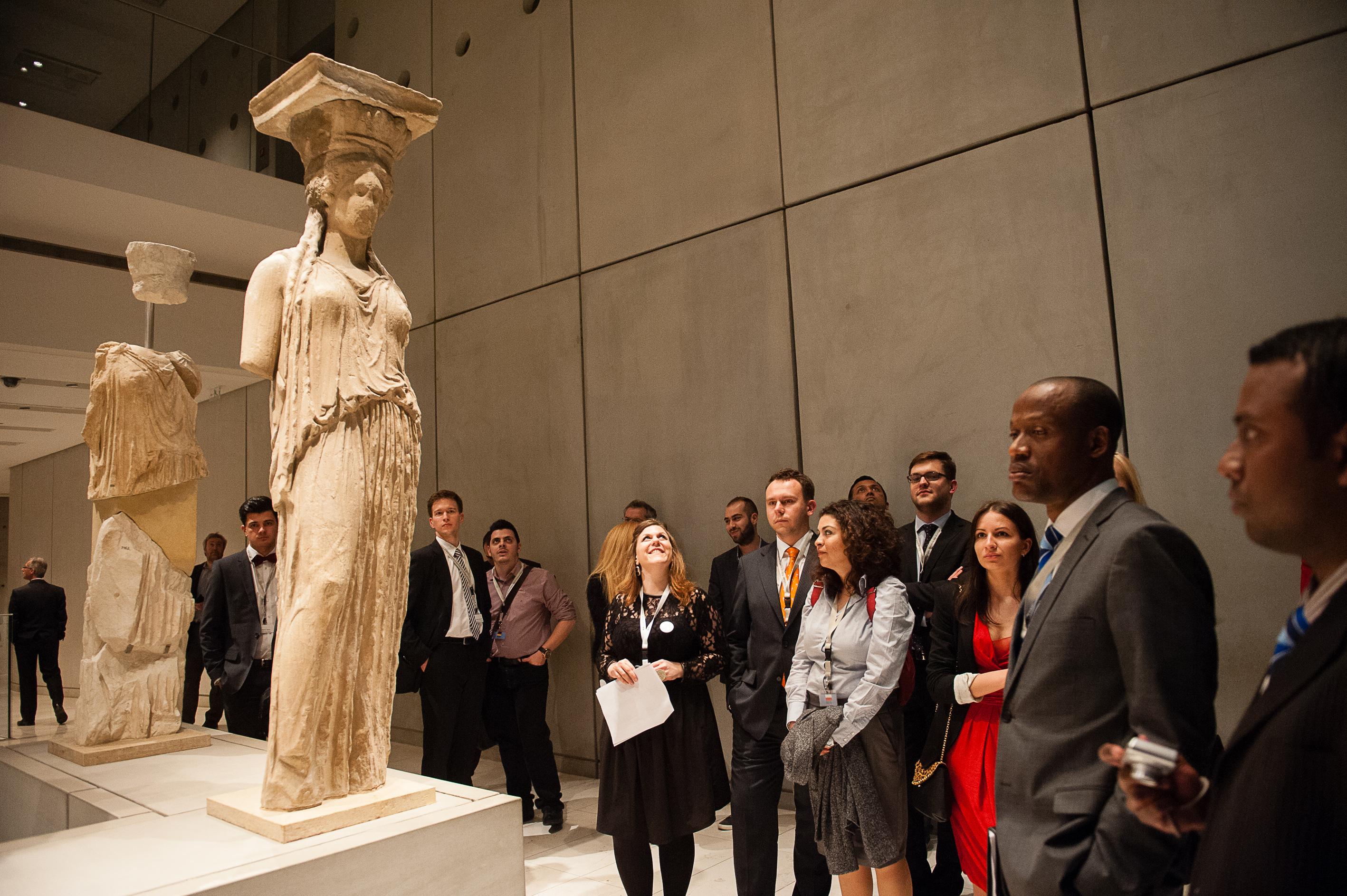 Alba provides fully furnished, single or shared, apartments (with en-suite kitchen and bathroom) in walking distance from the School's campus. Accommodation is not included in the tuition fees however international students are eligible for discounted fixed rates per month including all bills. Depending on availability, accommodation is provided to incoming exchange students as well. 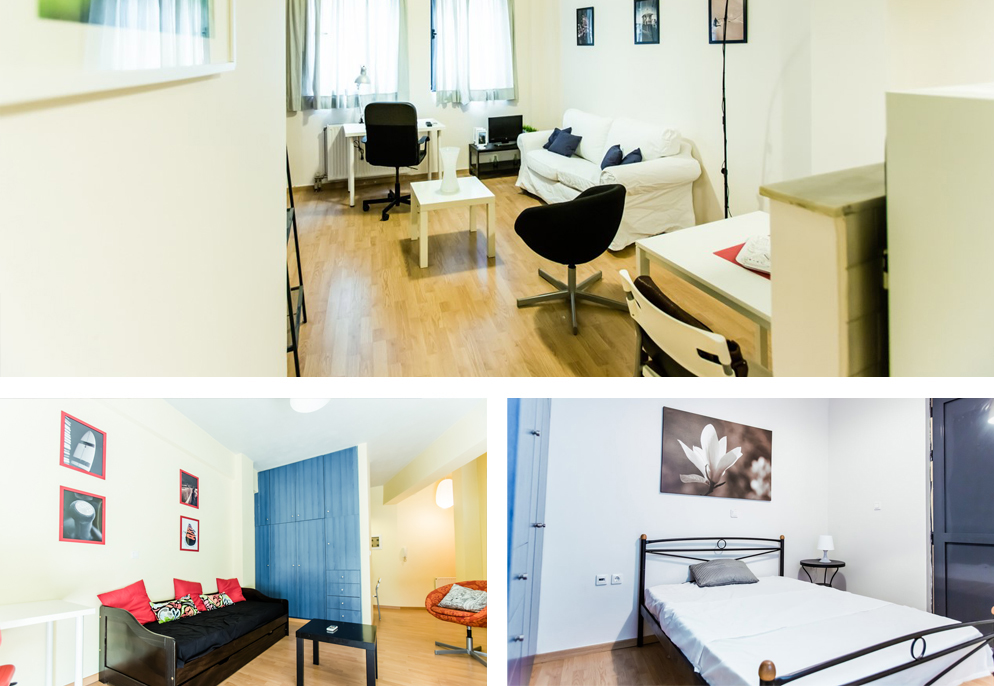 For non EU Member candidates, a student visa (D.4.1) is required in order to study at Alba. No other kind of visa is acceptable, ONLY a student visa applies for Greece. Student visas in Greece are issued only for full-time study, on the understanding that students study on campus and have the sufficient funds to cover their tuition fees and living expenses while residing in Greece. Alba students holding student VISAs are not allowed to work in Greece in full or part-time basis. They can only participate in non paid internship programs.

After registration is completed, International Students get in direct contact with the International Relations Department for starting the VISA procedure.

Before students’ VISA expires, the International Relations Office provides complete guidance and assistance to the students for issuing a 12 month student residence permit for Greece. Alba covers the residence permit commission fees (166 Euro) and all the lawyer expenses who will submit the documents on behalf of the students at the immigration regional office in Athens. 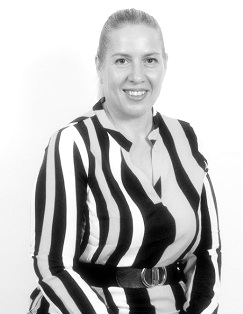 ZOE HOLDS A BA ON INTERNATIONAL BUSINESS (UNI OF PLYMOUTH, UK), A MASTER ON COMMUNICATION STUDIES (UNI OF LEEDS, UK) AND AN MSC ON STRATEGIC HRM (ALBA). SHE HAS MORE THAN 15 YEARS EXPERIENCE ON EUROPEAN RESEARCH FUNDED PROJECTS AND SHE WAS THE EVALUATION COORDINATOR OF THE BEST WORKPLACES COMPETITION WHICH IS ORGANIZED BY GPW INSTITUTE HELLAS IN GREECE. ZOE INTRODUCED THE RECRUITMENT CONFIDENCE INDEX (RCI) IN GREECE AND HAS ORGANIZED A NUMBER OF EVENTS/WORKSHOPS BOTH LOCAL & INTERNATIONAL. SINCE 2010, SHE IS THE DIRECTOR OF ALBA INTERNATIONAL OFFICE (NETWORK DEVELOPMENT, INTERNATIONAL STUDENT’S RECRUITMENT, FIELD TRIPS DESIGN ETC). 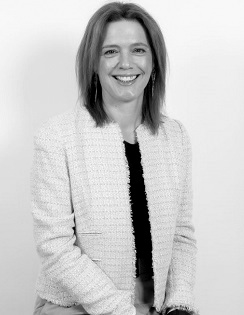