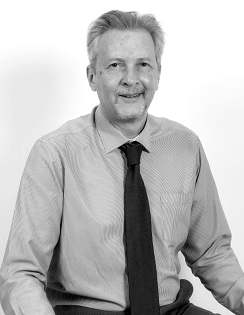 Constantinos B. Papadias is the founding Executive Director of the Research, Technology and Innovation Network (RTIN) of The American College of Greece (ACG), in Athens, Greece and the Head of RTIN’s Smart Wireless Future Technologies (SWIFT) Lab, since 2020. He is also Professor of Information Technology at ACG’s Deree College and Alba graduate business school and the Scientific Director of the American College of Greece Research Center (ACG-RC). Prior to these, he was the Dean of Athens Information Technology (AIT), in Athens, Greece, where he was also Head of the Broadband Wireless and Sensor Networks (B-WiSE) Research Group. He currently holds Adjunct Professorships at Aalborg University and at the University of Cyprus. He received the Diploma of Electrical Engineering from the National Technical University of Athens (NTUA) in 1991 and the Doctorate degree in Signal Processing (highest honors) from the Ecole Nationale Supérieure des Télécommunications (ENST), Paris, France, in 1995. He was a researcher at Institut Eurécom (1992-1995), Stanford University (1995-1997) and Bell Labs (as Member of Technical Staff from 1997-2001 and as Technical Manager from 2001-2006). He was also Adjunct Professor at Columbia University (2004-2005) and Carnegie Mellon University (2006-2011). He has published over 220 papers and 4 books and has received approx. 10000 citations for his work, with an h-index of 45. He has also made standards contributions and holds 12 patents. He was a member of the Steering Board of the Wireless World Research Forum (WWRF) from 2002-2006, a member and industrial liaison of the IEEE’s Signal Processing for Communications Technical Committee from 2003-2008 and a National Representative of Greece to the European Research Council’s IDEAS program from 2007-2008. He has served as member of the IEEE Communications Society’s Fellow Evaluation and Awards Committees, as well as an Associate Editor for various journals, including the IEEE Trans. on Signal Processing. He was also a member of the IEEE Signal Processing for Communications for 2 terms. He has contributed to the organization of several IEEE conferences, including, as General Chair, the IEEE CTW 2016 and the IEEE SPAWC 2018 workshops. He has acted as Technical Coordinator in several EU projects such as: CROWN in the area of cognitive radio; HIATUS in the area of interference alignment; HARP in the area of remote radio heads and ADEL in the area of licensed shared access. He is currently the Research Coordinator of the European Training Network project PAINLESS on the topic of energy autonomous infrastructure-less wireless networks and the Technical Coordinator of the EU CHIST-ERA project FIREMAN on the topic of predictive maintenance via machine type wireless communication systems. His distinctions include the Bell Labs President’s Award (2002), the IEEE Signal Processing Society’s Young Author Best Paper Award (2003), a Bell Labs Teamwork Award (2004), his recognition as a “Highly Cited Greek Scientist” (2011), two IEEE conference paper awards (2013, 2014) and a “Best Booth” Award at EUCNC (2016). He has also been shortlisted twice for the Bell Labs Prize (2014, 2019). He was a Distinguished Lecturer of the IEEE Communications Society for 2012-2013. He is a Fellow of IEEE since 2013 and Fellow of the European Alliance of Innovation (EAI) since 2019. He is currently a member of Greece’s sectorial scientific council of Engineering Sciences, which supports the country’s National Council for Research and Innovation.